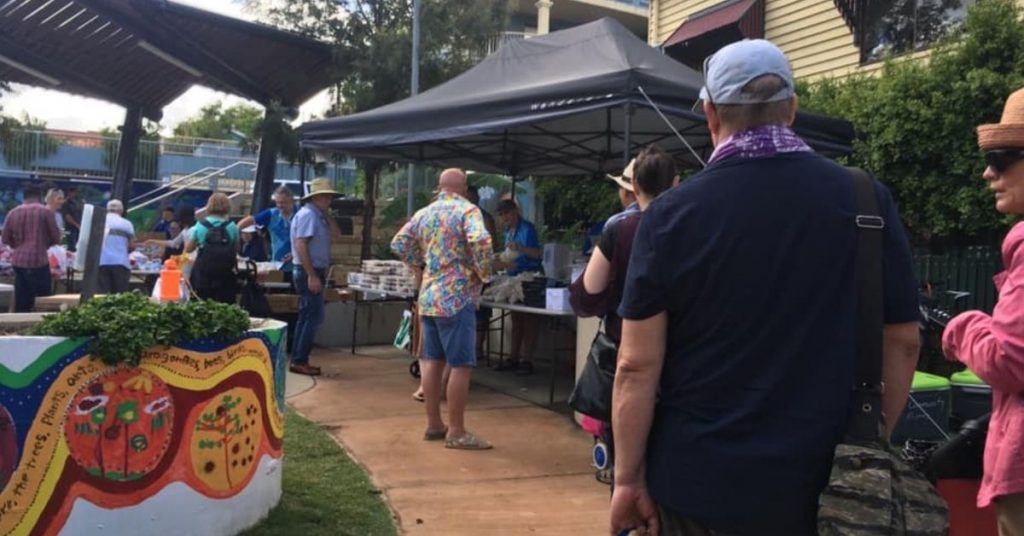 West End food bank Community Friends is experiencing an increased demand for food but they have started turning away other beneficiaries due to lack of supplies.

Read: How To Responsibly Dispose Of Used Batteries In West End

Community Friends founder, Mark McDonnell, said that people missing out on their rations of food has become more common in recent months.

Pre-COVID, the food bank distributed goods and food supplies to an average of 100 people every Wednesday. When the pandemic struck, they had to increase their distribution to 200 a week, not including the 100 students that expect their food at TAFE Queensland.

Despite doubling the rations, Community Friends is seeing longer queues at their West End site on Bunyapa Park in Vulture Street.

Foodbank Queensland chief executive Sara Harrup said that the situation is not isolated. She acknowledged that 10 percent of charities like Community Friends are fast becoming under-resourced because there are more people struggling to make ends meet.

COVID-19 brought on job cuts and income loss even as the government established JobKeeper, an assistance package for the pandemic. Ms Harrup feared that food banks will see more demands by as much as 66 percent once JobKeeper will be rolled back.

Meanwhile, Mr McDonnel is appealing to the community to help with their supplies and donate non-perishables like spaghetti, baked beans and noodles at their location on Vulture Street. His group is also hoping to acquire a van, preferably via donation, so they could facilitate faster deliveries.