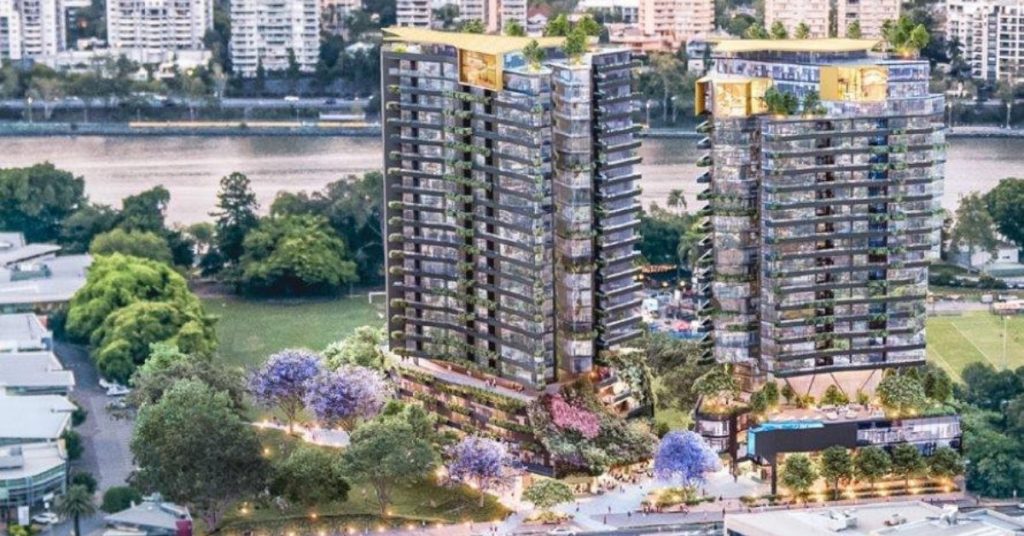 Residents are rallying together to take an active stance against a West End development that will impact Montague Road and the green spaces in Davies Park.

Henroth Investments and Manly Properties submitted a revision to its development application (DA A005608649) detailing changes in the height of the residential towers and the site cover, or the areas with buildings and structures, on 281-297 Montague Road.

The details of the changes are as follows:

The current tallest building height in West End is 16 storeys, prompting the residents to lodge their opposition to the proposal.

“It’s proposed height will also set a precedence on Montague Rd, with future developers likely to point to it as a reason to raise current building height restrictions on Montague,” one unnamed resident wrote to Council. “This will have a real impact on unit prices in streets parallel to Montague, not to mention destroy the inner city village feel that attracts people here in the first place.”

Residents also said that the height of this development will encroach on Davies Park, where community and sports activities are usually underway, especially on weekends. However, the developer said that they will provide 0.4 hectares of green space if they will be allowed to increase the building’s height.

“To put this into context, the BCC City Plan says that for every 1,000 residents, there should be at least 1.4 hectares of public green space in the local area. 0.4 hectares isn’t even enough green space for the residents who will live in these new buildings. It won’t do anything to address the existing shortage of green space in the Kurilpa Peninsula,” Greens MP for South Brisbane Amy MacMahon shared on Facebook.  “I really don’t think we should have to choose between more traffic congestion and more crowded schools, or no new public parkland.”

The community has been meeting regularly to discuss actions to ensure that this West End development application will not be approved. They also agreed to come up with options that will prevent future developments from going the same route.