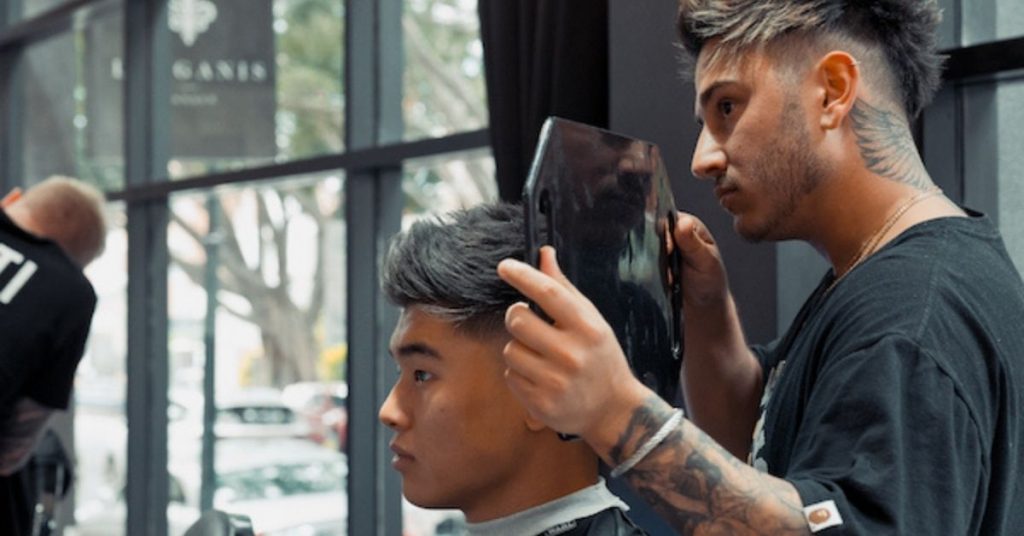 Nearly five years since he opened Langanis Barber for men opened in West End, owner and director Michael Langanis has decided to make his establishment more inclusive. The new Langanis Studio now offers their trademark luxury hair and grooming services to a growing number of men AND women.

Despite the lockdowns and restrictions on certain activities, including personal care services, the West End shop was bustling with demand and gained a 60 per cent revenue during the pandemic.

Following the flagship store’s opening, Michael also opened a shop in Teneriffe in late 2019 and on Edward Street, Brisbane CBD, in December 2020. A fourth outlet is set to open at the Pacific Fair in Gold Coast in early 2022, whilst Michael is also focussed on expanding his Langanis Hair product line in the United States, United Arab Emirates, New Zealand and the rest of Australia.

“The businesses resilience and versatility are credited to a cult-like clientele which has increased dramatically over the past two years – some of whom come in for style cuts twice a week,” Michael said.

“We’re thrilled to have a diverse mix of customers frequenting each studio and evolving into a unisex brand that caters to both men and women is quite a significant milestone.

“We can’t wait to celebrate an elevated level of inclusive hair fashion with the launch of our rebranded Langanis Studios.”

With the rebrand, every shop will feature ultra-modern design with an energetic and welcoming atmosphere. Customers who love coffee will be served a fresh brew during their visit.