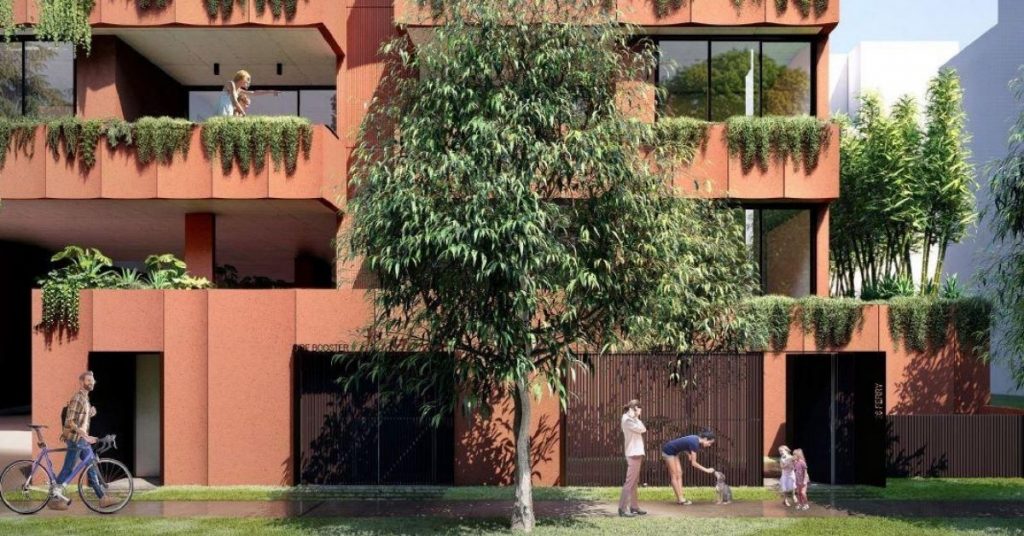 A 12-storey residential tower with 38 three-bedroom units could rise on Ferry Road if the development plan receives approval.

Proposed by Urbis for Pikos Property Group, the new dwelling (DA A005777075) has been designed by Congrad Gargett with an impressive rooftop area for communal gatherings. It has a pool, a barbecue site, and an expansive view of the Brisbane River. The building will also incorporate solar power.

The development, which will be called Ferry Road Apartments on its launch, will have a red-based design on the ground and podium level to reflect the architectural elements of its neighbouring sites.

On the other hand, the terrace will be veiled with cascading plants, creating a subtropical appeal. According to the development application, 15 percent of the property will include deep planting.

According to town planners, the development would likely generate an additional 25 extra cars on Ferry Road during peak hours yet no traffic assessment has been asked from the developers as this will not be a massive development.

However, the project has received some objections from West End residents, citing that the building’s excessive height would allow little light and air to circulate to the properties beside it.

“I live next door to the proposed development,” wrote Honor Tebutt in the Council submissions. “The set back from my apartment, which is on the ground floor of the west side of 14 Ferry road, will be blocked by a massive podium parking structure. This will take away any sunlight I had, and will mean people can see directly into my bedrooms and others’ on this side of the building. My unit does not have air conditioning so there will be no breeze.”