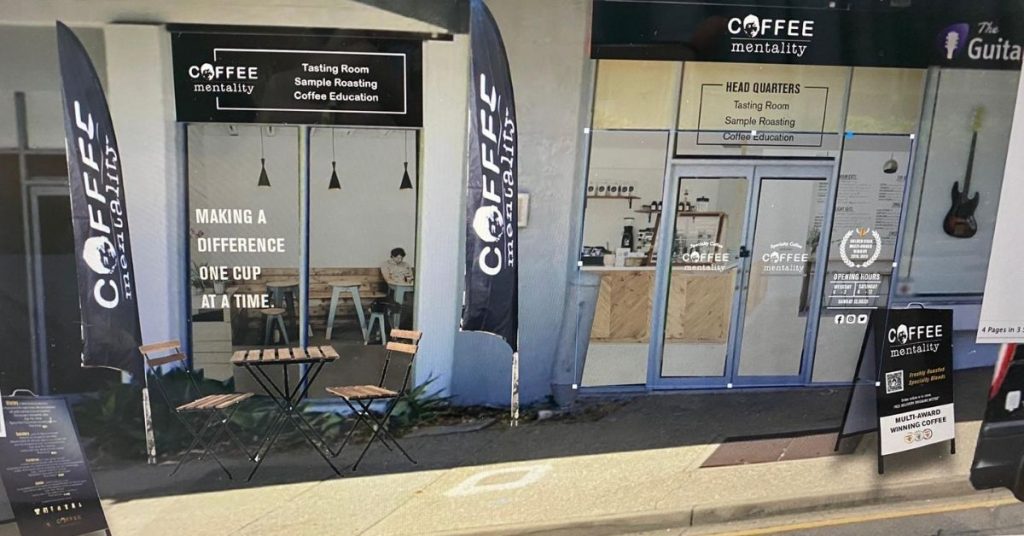 On the hunt for a new nook with good coffee? If you’re a West End Saturday market regular for years, you might have tried Coffee Mentality. They’re now opening a fit-out on Stanley Street, where customers can try 32 kinds of specialty-grade single-origin coffee.

Coffee Mentality‘s Ian Abadiano has been serving coffee lovers from his mobile coffee van at various markets across Brisbane or his shop on Montague Road in South Brisbane since 2012. But this new store, which will have its soft opening on March 2021, has its very own “tasting room” where coffee lovers can savour the flavours of premium quality coffee as they’ve never tried before.

“I believe this will be a first for Brisbane – a place where locals can access up to 32 specialty grade single-origin coffee and brew them the way they like it,” Ian said.

“One of the 32 varieties will be our own “Panama coffee” – referring to Melbourne’s latest offering of $198 a cup of Panama Geisha, priced for its rarity.

“It may not be a geisha, but this will be as rare as you can get¬– Brisbane’s first single origin coffee.”

Since 2016, Ian has been working hard with community gardens in Brisbane, through the Urban Coffee Project initiative, to cultivate coffee trees and grow the best coffee beans in Brisbane.

Some of these beans, which were grown from his own backyard at his Sunnybank Hills home, have won awards at the annual Golden Bean Roasting Competition in Australia and New Zealand.

“It has been my goal to dispel the myth that specialty coffee doesn’t have to grow thousands of kilometres away in high altitude – that we do have the potential to grow quality beans in an urban setting,” he said.

“We need to do our bit in promoting sustainably led coffee. My goal is to grow 100 coffee trees around Brisbane to produce a decent supply of locally grown coffee.”

“I want to help people everywhere gain fresh perspectives on how coffee is grown, processed, distributed and brewed. So that every step of the way, it’s better for people, and better for the world. It’s a different mentality,” Ian said.

Coffee Mentality in East Brisbane will be fully operational by March-end.