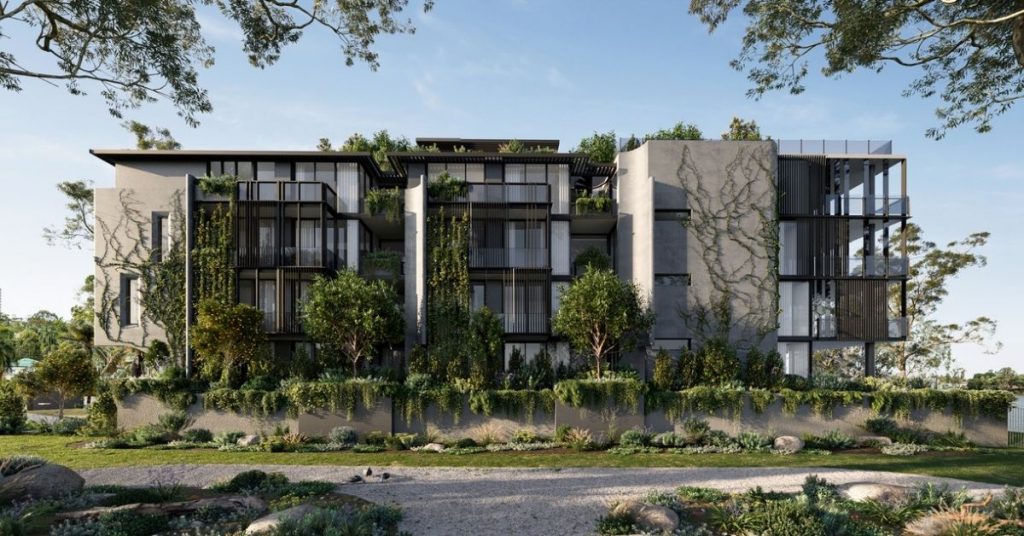 Plans to redevelop an ageing residential building on Highgate Hill has divided a community amidst concerns that the project could impact the adjoining Kurilpa Garden.

The developer, Bluebird, lodged an application (DA A005732911) in May 2021 to knock down a 14-unit property on 5 Dudley Street. In its place will be an 8-unit block with larger but more expensive apartments for families who might need a three-bedroom space.

Bluebird partnered with the longtime local landowners, who determined that investing in a new building with a sustainable design would be better than restoring the old site. The developer has proposed a high-quality boutique residential dwelling with environmentally sensitive standards, allowing the building to “breathe” and promoting healthy wellbeing for its residents.

Community engagements were conducted in the previous year before the filing of the development application but the plans have drawn a number of protests, particularly from the people who run the Kuripla Garden on Boundary Street. The garden was established in 2020, as a response to food insecurity during the pandemic.

Its operators are opposing the development not only for the potential loss of the garden but for the “mass gentrification” that would reduce the number of affordable homes in Highgate Hill.

“The new development application isn’t sticking to the LMR2 zoning. The proposal is for a 4 to 5-storey building with eight 3-bedroom apartments,” Cr Jonathan Sri wrote.

“Not only does the newer development have fewer overall dwellings, but they are large, high-end apartments which target a very different demographic – extremely wealthy downsizers. The new apartments will probably sell for at least $1 million, perhaps significantly more considering that they have river views and are located at the ‘quiet’ end of West End.”

Bluebird, however, said that they have engaged with Sri and the garden operators a number of times, assuring that the garden will be reinstated and provided with more resources. The developer said it will offset the cost of lost production during the construction phase and has offered to “formalise” the garden’s operation.

The development application has gained some support from the neighbours.

“This is not only a win for the surrounding environment but also for the residents who will benefit from reduced energy costs. I’m a big believer in the proper disposal of waste, especially in apartments where composting can be difficult. It’s wonderful that there will be green waste and composting facilities incorporated in communal areas. More developments like this, please,” one local wrote in the submissions.

Other supporters said that the proposal is sensible and will create bigger apartments for families, which are currently in high demand but underserved in Highgate Hill.

The proposal is awaiting a decision from the Council.