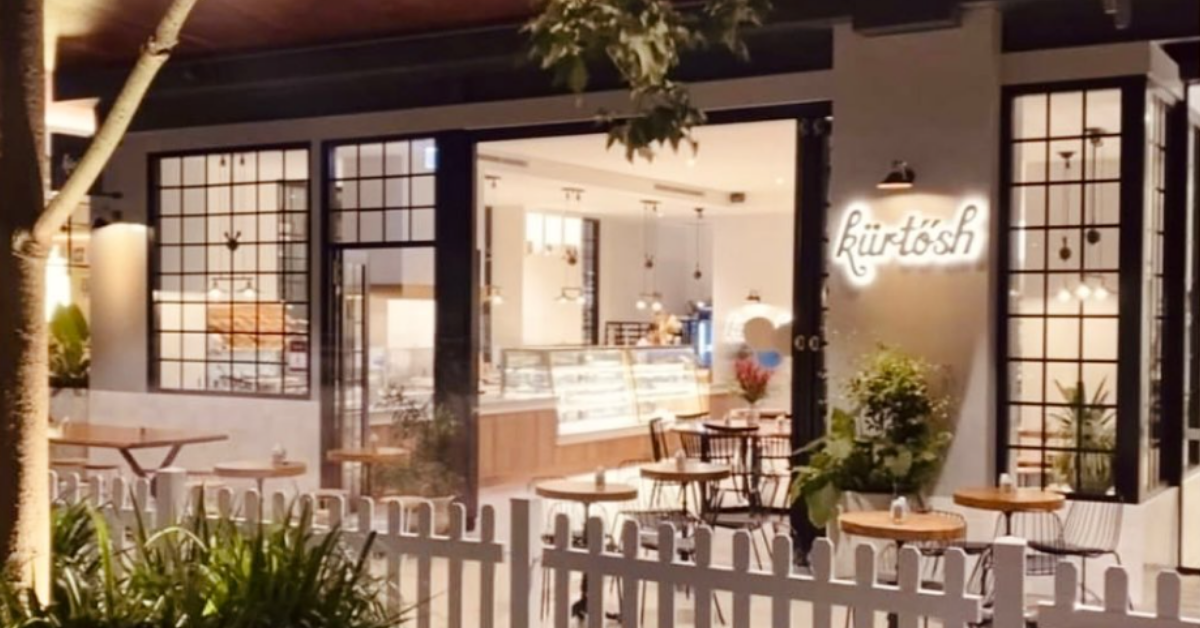 They heard you, Brisbane! Kurtosh – popular for its chimney cake or kürtőskalács – finally opened its first Queensland location in West Village, West End.

The latest eatery to land on West End, Kurtosh House opened its first store in Randwick, NSW in 2011. Eight locations later (6 in NSW and one in Victoria), owners felt that it was time for Queensland to have its own Kurtosh store. The new West Village joint on Boundary Street opened recently occupying a space opposite fellow newcomer Anita Gelato.

Kürtősh House borrowed its name from a popular Hungarian street snack, Kürtőskalács, which is also known as chimney cake for its cylindrical shape. The famous pastry melds two distinct textures:  caramelised crispy flaky crust and soft inner walls. And you can now experience this made-to-order specialty at Kürtősh.

Kurtosh House in West Village also offers slab cakes and a variety of pastries and loaves. Interestingly, slab cakes are sold by weight, so there is no need to buy the entire slab. You could simply ask the friendly staff to cut you a serving of one or each of the available flavours at a size that is just enough to satisfy your craving.

Not to be missed are their scrumptious cookies and pastries offerings which include vegan peanut butter cookies, salted tahini and choc chip cookies, apple danish, raspberry croissant, cheese pocket and peanut butter and raspberry scroll, to name a few.