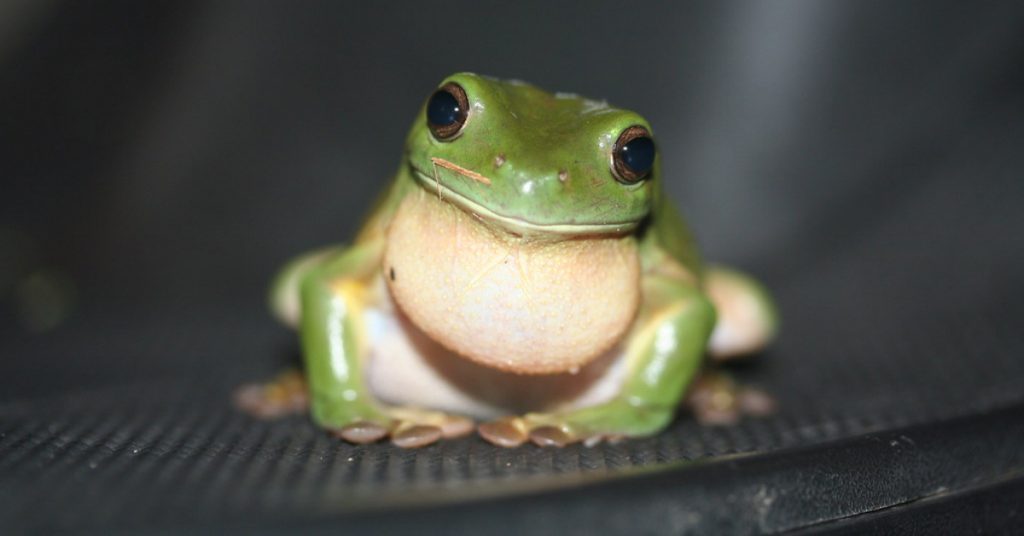 Litoria Caerulea — or the Common Green Treefrog — has lived alongside the people of West End for generations, and given the recent levels of rainfall all across the country, their numbers are swiftly rising.

Treefrogs get their name from their arboreal nature, settling under bark or inside hollowed-out trees during drier seasons. Despite this, these brightly-colored critters are, curiously enough, absent in rainforests. Instead, they’d rather move next door, preferring to dwell near within civilized areas where their calls can be heard all throughout the night.

Although it’s arguable the tree frog population has been on the decline given the industrial developments all throughout West End, many locals within the suburb have reported a recent jump in their population. Like most amphibians, treefrogs can often be found in downpipes, toilets, drains, and other wet places.

Under most circumstances, frog breeding would peak during the wet season between December and February, but after experiencing a wet summer in 2020, Australian treefrog numbers have skyrocketed. It becomes clear that increased levels of rainfall is responsible for the spike in frog activity.

Though they might seem a nuisance given the volume of their croaks, there are a multitude of benefits that come with their rising numbers. The presence of such creatures could be a good thing, for they’re also a good indicator that the environment is healthy and balanced. They also serve as a valuable alternative to insecticides, eating insects in your garden and around your house.