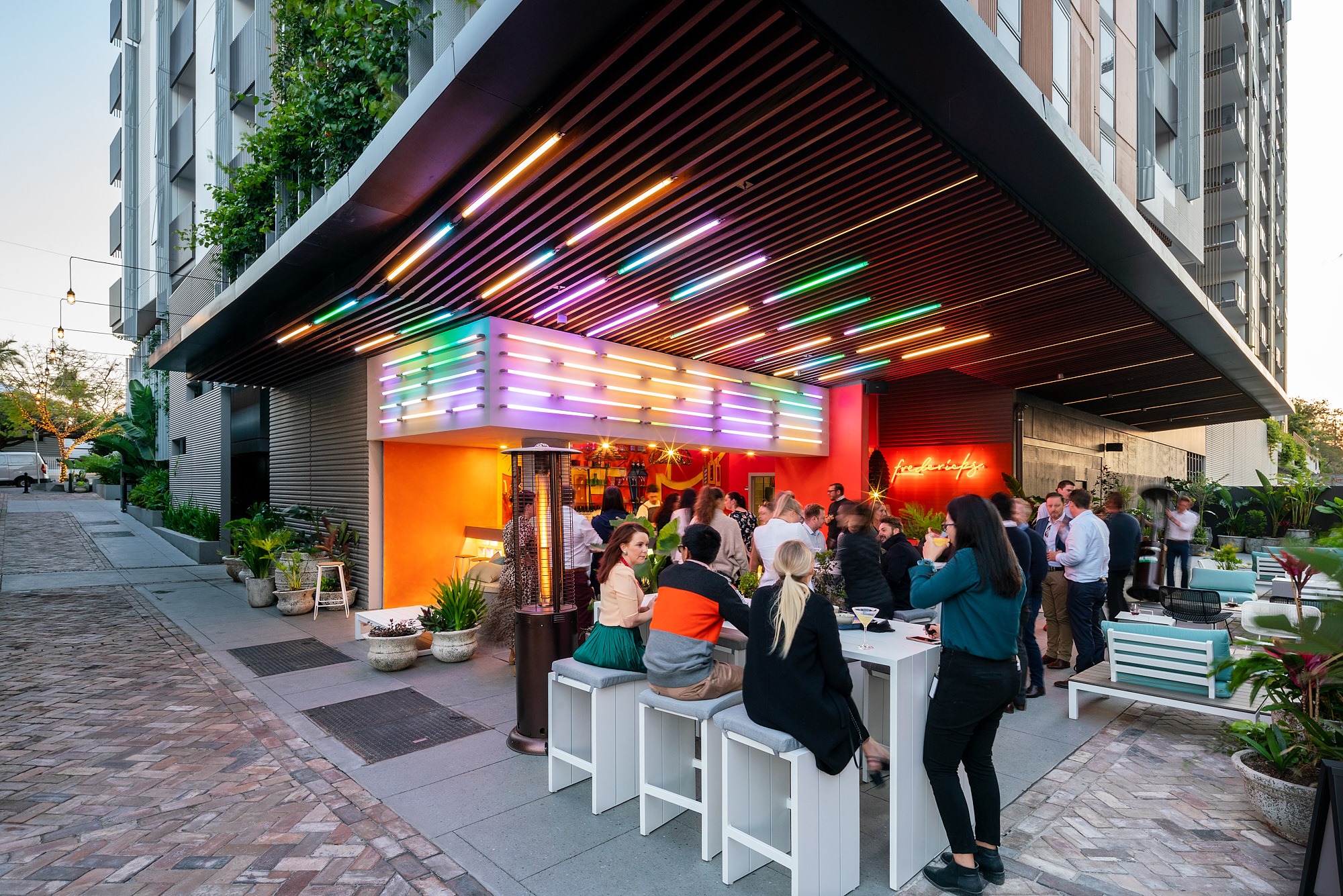 If you’re thirsting for good vino, but you’re tired of going to the usual spots, then head down to Fredericks on Boundary Street. This pop-up bar, which opened in West Village in September, will serve you up a good time but it won’t be around for a long time as the bar will fold by December.

It’s hard to miss Fredericks in this stylish West End precinct with its glowing neon lights and eye-popping decorations. Named after Fredericks Peters, the inventor of Australia’s famous Peters Ice Cream, this open-spaced bar is at a great spot overlooking the old but historic factory.

A concept collaboration between restaurateurs Paul McGivern, Bailee Dewes, and Daniel and Amelia Miletic, as well as designers Jon Dowding and Chrissy Feld, Fredericks has 90 seats and an extensive wine menu from Australian and New Zealand producers and a substantial craft beer list. The spritzes incorporate some of the flavours of the beloved ice cream products, while the cocktails include creative concoctions like Lemon Drop or Planters Punch.

These drinks pair up well with a range of sophisticated bar food like manchego croquettes, mixed olives, gruyere and greens toasties, cheese platters and salumi plates. Diners, however, may also order from The Garden Pantry next door for a fuller meal.

The bar is like a test-run for what visitors can expect from the West Village. A permanent watering hole for drinking, lounging and relaxing with friends will be setting shop in the future but as the collaborators said, it’s still unclear if they will be behind the bar.

Read: Have Your Say on the Dornoch Terrace Safety Improvements Project Concept Design